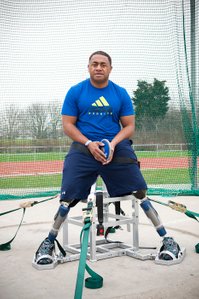 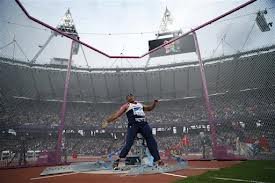 Derek is a bilateral above knee amputee and is in Paralympic athletics class F57.

Derek began working with Alison in October 2011 as his aim was to make the 2012 Paralympic GB team.

In July 2011 Derek was selected onto the Paralympics GB team for the 2012 London Paralympics Game, having improved and consilidated his performance consistency over the 9 months working with Alison.  In this short time he also had a new throwing frame made and was fitted with new prosthetic legs.

Derek finished 12th in the F57/58 Discus in London which was a little disappointing for him.  However, he has refocused and has his sights set on the 2013 IPC Athletics World Championships in Lyon, France, in July. In his first competition of the 2013 season, Derek has improved his personal best to 45.43m.

More information on Derek can be found here. 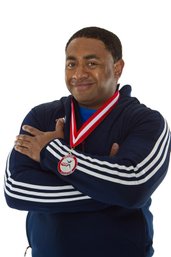